Recipes from Deception in Mariposa Beach

In a plastic bag, toss the chicken thighs with the flour, 1 tablespoon salt, and 1 teaspoon pepper.

Heat 1 tablespoon oil in a medium Dutch oven or another pan over medium-high heat. When the oil is hot, brown the chicken pieces in batches until a golden crust forms on all sides.  Transfer the browned chicken to a plate.

Reduce the heat to medium. Add the butter and, when it melts, add the garlic. Cook, stirring frequently until browned, about 5 minutes.

Add the chicken stock and the rosemary, increase the heat back to medium-high, and bring to a simmer, scraping up any browned bits from the bottom of the pot. Once the liquid is gently bubbling, return the chicken to the pot. Cover. Reduce heat to low. Simmer until the chicken is tender, about 30 minutes.

Carefully remove the chicken from the pot and transfer to a plate.  Bring the liquid left in the pot to a rapid simmer over medium-high heat. Continue to simmer rapidly until the liquid has thickened to a pasta-coating sauce, about 10 minutes.  Set aside, covered, to keep warm.

While the braising liquid is simmering, bring a large pot of salted water to a boil over high heat for the pasta.

Heat 1 tablespoon of oil in a large skillet over medium-high heat. When the oil is shimmering, add the mushrooms and peas. Cook over medium heat, stirring frequently for about 5 minutes.  Season to taste with salt and pepper.

When the braising liquid is reduced, add the chicken back to the pot, along with the mushrooms and peas. Keep warm over low heat.

Drop the pasta into the boiling water and cook until al dente, about 3-5 minutes. Drain well.

Add to the pot with the chicken, peas, and mushrooms. Stir gently to coat everything in the sauce.

*You may substitute the packaged pasta for homemade pasta

Make a mound of flour on your floured work surface.

Make a hole in the mound large enough for an egg.  Break the egg into the hole.

Mix and knead the flour and egg into a stiff dough.  Add 1 water, 1 teaspoon at a time to make the dough workable.

Roll the dough out quite thin. Cut into whatever pasta shapes you wish or use a pasta maker.*

This recipe reprinted from the Michael Family Cookbook 2017

Recipes from Mistletoe and Missing Persons

Combine the ¾ cup sugar, cornstarch, cocoa, and salt in the top of a double boiler** Mix well. Add about 2 inches of water in the bottom of the double boiler.

Combine the milk and egg yolks in a separate bowl. Beat with a wire whisk until frothy, about 1 to 2 minutes.

Gradually stir the milk and eggs into the sugar mixture, mixing well.

Cook over medium heat, stirring constantly until the mixture is thickened to a pudding consistency.  The water in the bottom of the double boiler will be bubbly.

Remove from heat. Add the butter and vanilla. Stir until the butter is melted and the pie filling is smooth.

Using an electric mixer, beat the egg whites (at room temperature) and cream of tartar at the highest mixer speed.  Gradually add the ¼ cup plus 2 tablespoons sugar, beating until stiff peaks form and the sugar is fully dissolved.

Spread meringue over the hot filling, sealing to the edge of the pastry.

*If you use unsweetened chocolate, increase the sugar by ¼ cup.

** If you don’t have a double boiler, you can improvise by using two saucepans or one saucepan and a metal mixing bowl as long as the bowl doesn’t touch the water in the bottom pan. The top pan should seal off the lower pan to hold in the steam in order to cook the food in the top pan/bowl. 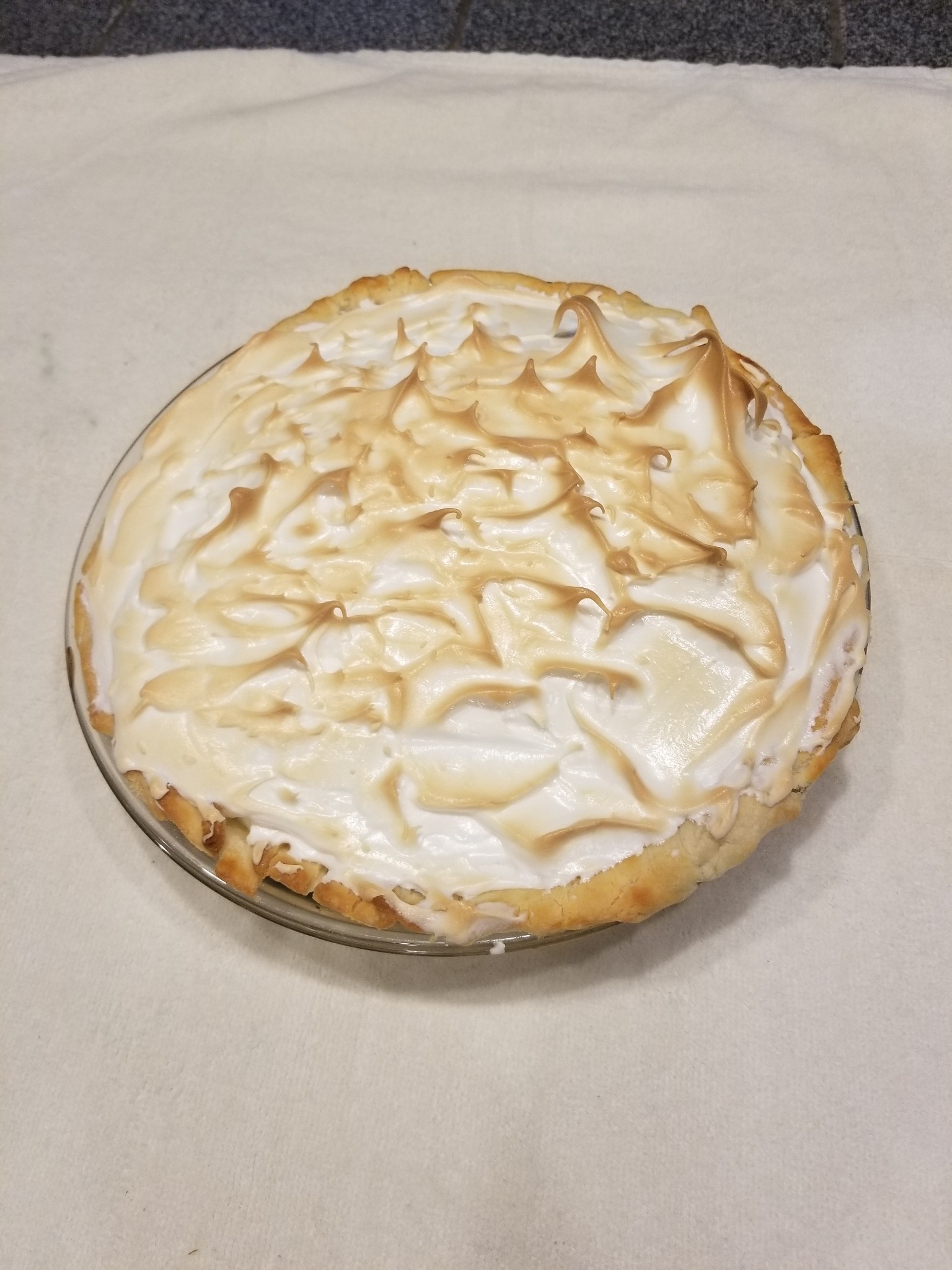 Recipes from Murder in Mariposa Beach

Preheat the oven to 375 degrees and place a rack in the middle. Line a baking sheet with parchment paper or use a silicone baking mat.

In a large bowl combine the flour, sugars, baking powder, and salts.  Whisk for about 10 seconds.

Cut the butter into small pieces, then cut the pieces into the flour mixture using your fingers, a fork, or a stand mixer with the paddle attachment on low speed. Add orange zest. Once the flour and butter clump together when pinched slowly, add the ½ tablespoon of the orange juice and then begin to slowly add the cream a little at a time while turning the dough. Stop when the dough easily forms a ball - you may not need to use all of the cream.

The dough should feel light and barely moist. Place the dough on a lightly floured surface and add a small handful of dried cranberries to the dough as you are kneading the dough and shape into a square that’s about ¾ inch thick.

Cut the square from corner to corner twice to make triangles.

Mix the egg and vanilla together in a small bowl. Brush each scone with the wash.

Place the scones on the prepared baking sheet and sprinkle the top with granulated sugar.

Bake for about 15 minutes or until lightly browned on the sides and golden across the top.  Cool for 5 minutes before serving.  Enjoy!

Bring to a boil, then simmer for 60 minutes

Serve over ½ white and ½ wild rice.